Articles, Comics, and Videos, Oh My!

“I'm a physicist. I have a working knowledge of the entire universe and everything it contains.”
- Sheldon Cooper on The Big Bang Theory

The Physics of the Hulk's Jump

What kind of forces would The Hulk exert on the ground during a jump?

NBC Learn and NBC Sports, in partnership with the National Science Foundation and the National Football League, unravel the science behind professional football.

Simply put: cool physics and other sweet science.
"If you can't explain it simply, you don't understand it well enough."

A webcomic of science, sarcasm, and math

Be sure to to regularly check their What If section, where the xkcd creators answer questions from readers on topics  such as "What if there was a robot apocalypse?" or "How much Force power can Yoda output?"

Also check out their diagrams for gravity wells, radiation doses, the Saturn V rocket, and the height of the universe (on a logarithmic scale).

Weight on Other Worlds

We will learn how to do these calculations by hand in class but have fun exploring your body weight on other worlds now! 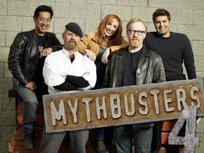 They don't just tell the myths, they put them to the test!
Just remember - Don't try their stunts at home!


Check out this article on how Adam Savage is making it cool to be creative again.
Consider following them on Facebook and Twitter for regular posts on math and science.

Have you ever wondered if teleportation were possible, like on Star Trek?